We need to talk

Published On: 18 November 2021By Dave Tambe
IT Services
Contact Us
Back to News Hub 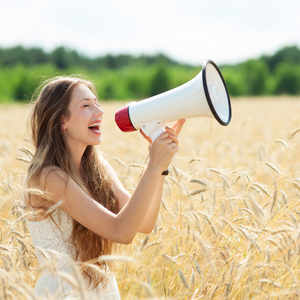 VoIP Phone Systems are the progression from the old PSTN/ISDN phone systems. PSTN lines will be switched off in 2025 due to the deteriorating hardware and cabling used to support these lines and a lack of engineering resource to maintain the infrastructure. Read our ‘The big Switch off‘ blog for more information.

Since the birth of the internet, we have been using it to connect with each other. The internet has rapidly taken over the majority of physical communications.

VoIP or Voice over Internet Protocol is the process of taking voice data across a network in real time. Converting the sound of your voice into digital packets, transferring it across the internet, decoding it and playing as sound the other end. All in a nano second. Simple, right?

Actually… yes. The infrastructure for VoIP to work has been around for a long time and most routers, firewalls and switches already have the software in place to cope with VoIP calls over the network.

Diverting away from a ‘Landline’ can be quite daunting and can be seen as a big leap forward in technology. What if I said “you’ve been using VoIP for years?” Well… If you’ve ever made a voice call using WhatsApp or Facebook, you’ve used VoIP.

When talking about VoIP Phone Systems you will come across a few acronyms associated with the setup and running of the system.

PBX – Private Branch eXhange.  This is a general term for the phone system and software used to manage the calls coming in and out.

SIP Trunk – I would describe this as your internet phone system identifier.  Phone numbers are assigned to a SIP trunk. When someone calls the phone number it is sent to the SIP Trunk and forwarded to the PBX where the trunk is registered.

SIP Channel – A channel or seat as they are sometimes referred to are the indication of how many simultaneous calls can be made on the SIP Trunk.

ALG – Application Layer Gateway is a setting found on most router/firewalls to prevent issues caused by inspecting VoIP traffic passing through the network.

VLAN – Virtual Local Area Network. VLAN’s are used within your local network. These can be used for VoIP networks, Wireless networks or to separate servers from workstations to name a few reasons. In this case they will be used to separate VoIP traffic from DATA traffic. On a busy network VoIP quality can suffer if it is used on the same network as DATA. Some business also choose to install an additional dedicated broadband line for VoIP use.

Apart from the location of the server there is little to separate the two.

A locally hosted server will cost you more to set up as you will need to purchase a physical server, whereas a hosted solution would be subscription based. For some this would sound like a good idea, but then you have the added cost of maintaining and upgrading the local server and then replacing should it ever fail. This is all be built into the subscription of a hosted VoIP Phone System and you are only responsible for managing the software you load onto it. You do pay more overall with a hosted server, but there are other benefits.

If the internet went down at the location of your local server, the phone system would be rendered inoperable. DATA centres that host servers have multiple broadband connections giving them an uptime of 99.9%. Should you be using a hosted server and your company’s broadband went down, the server would still be functioning and this is when a cloud hosted server shows the benefits.

During the pandemic many businesses switched to hosted VoIP systems to allow remote workers to make and receive calls as if they were in the office. See our ‘What do I need to work from home‘ blog

It’s not to say you can’t do this with a locally hosted phone system, but you would also need to configure your firewalls to allow the phone system users through without exposing the rest of your network. This can be more complex for those who are not professionals and could be costly to employ a professional if you do not have an IT department.

In both cases, if for whatever reason the server is inaccessible you can request that your SIP account be diverted to a mobile number to keep contact with the outside world.

There are many companies that provide handsets and peripherals to work with your phone system. Most work the same way and it is aesthetics and personal preference which separates them. We currently recommend Yealink handsets for their functionality, looks and lifetime warranty.  There is always a softphone option, which is a program that runs on your workstation to make and receive calls using a headset or hands free.  This has been a more popular option over the few years as it dramatically cuts the cost of implementing a new phone system

There are many companies that provide PBX software and these can vary in price and functionality. I’m going to focus on 3CX, mainly because it’s what we sell and it’s my blog.

We choose to use 3CX because of its reasonable pricing structure and it has many features.

When switching to any VoIP phone system you will need to port your existing company number/s to the SIP Trunk (handled by the company implementing the new system).  It will require you to give permission to port your number away from your current supplier to the new. Porting a standard number can take anywhere between 14 to 30 days. Porting an NGN (Non-Geographical Number) can take up to 90 days.

3CX pricing is based on how many seats or SIP Channels will be used with the ability to have unlimited extensions. This works well for large companies with lots of employees that call each other, as they are not included in the SIP channel allowance.  These would be classed as an internal call. This also benefits small businesses as the chances of everyone being on the phone at the same time in minimal.  We use the one thirds rule when working out how many SIP Channels a business needs. One Channel for every three users. 3CX offer a free licence for up to four channels with reduced features, but a perfect option to start for a small business.

SIP Channels will cost around £10 p/m each.

Hosted Server will cost around £20 p/m.

The fully licence 3CX package includes many features a business needs to communicate.

You can find out more on the 3cx website

3CX has always been very versatile when connecting to third party software. Connect 3CX directly to your CRM software and bring up a client record when a matching phone number is used to call into your phone system.

With the release of V18 in August brought the Teams Direct Routing Integration, which allows your PBX to connect to your Office 365 account allowing you to make and receive calls on both platforms. An additional Office 365 Phone System License is required to use direct routing.

If you would like to know more or if you’re currently looking for a new phone system please contact hello@citvoice.co.uk or call 01908237007