Published On: 3 August 2022By Dave Tambe
IT Services
Contact Us
Back to News Hub 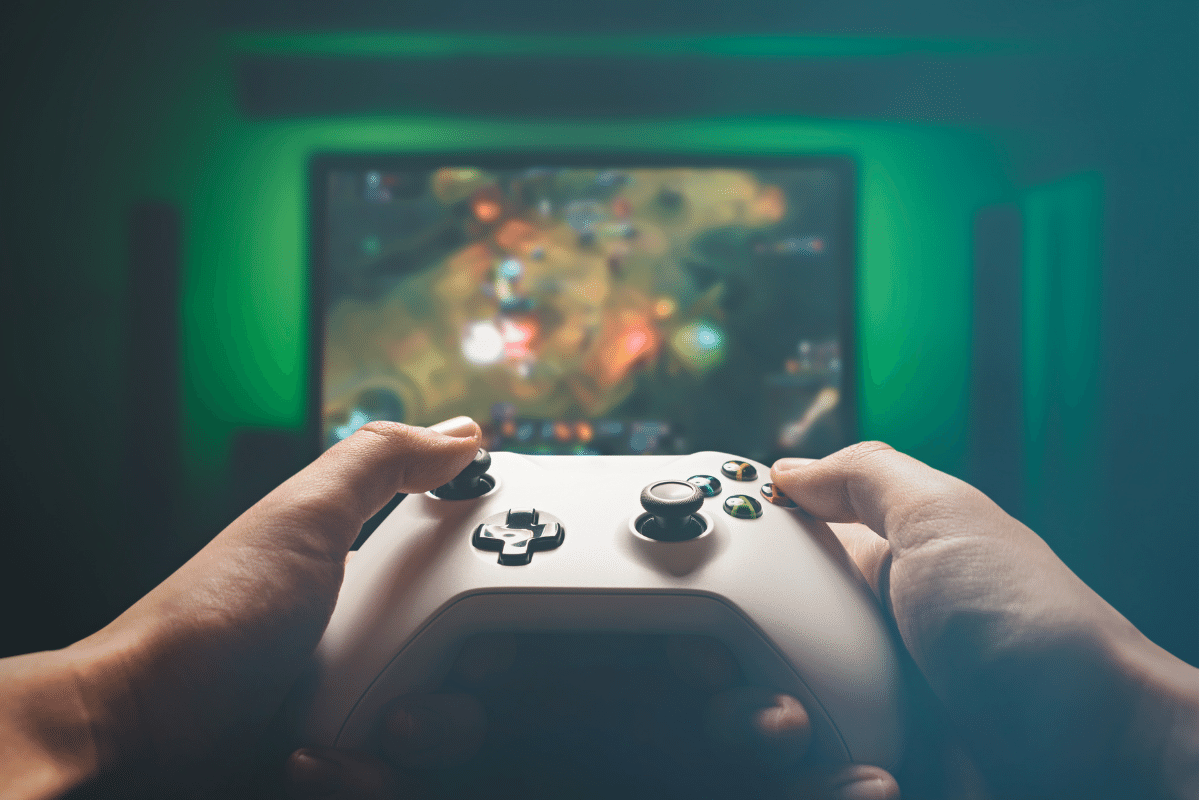 A new Oxford University study involving 38,935 video-game players overs six weeks has concluded that there is little to no evidence for a causal connection between gaming and well-being.

Why Do We Believe Spending Time Gaming Is Bad For Us?

A combination of previous research, social judgements, anecdotal evidence, online and media comments, and health advice have all contributed to a general view that spending long periods of time playing games is bad and perhaps dangerous for a person.

Just Some of the research that has pointed to negative consequences include:

– A 2011 study by Ferguson, C. J., Coulson, M., and Barnett, J. (2011), ‘A meta-analysis of pathological gaming prevalence and comorbidity with mental health, academic and social problems’. This research highlighted how addictive video game use was related to traits like low self-esteem and low self-efficacy.

– It causes poor mental health, e.g. depression and anxiety. This, for example, was behind China’s decision to limit young people’s game play to one hour per day.

– Spending too much time playing games can result in a lack of real-life friends and loneliness, decreased academic achievement, stress, and maladaptive coping.

– The negative effects of a lack of physical activity while playing video games. These can include weight gain or obesity, leading to heart problems, muscle loss, stiff joints, and poor posture.

– Poor sleep from playing games late into the night.

– Dehydration and exhaustion from not paying attention to physical needs while prioritising games.

There are, however, many positive aspects of spending time playing video games / gaming, some of which have been identified by research, but which have not broken through the prevailing negative narrative. For example, these include:

– Enjoyment of social interaction, and competition.

– Helping with relaxation and recharging and providing healthy escapism.

– Helping people to try out different social roles, and experience power in a safe environment.

The new Oxford University study (by Matti Vuorre, Niklas Johannes, Kristoffer Magnusson and Andrew K. Przybylski), highlighted the lack of adequate supporting data for the narrative that spending more time playing video games is simply bad for people. The researchers found that there is “little to no evidence for a causal connection between game play and well-being” and that “current evidence does not meet these criteria and tells us little about the causal links between video games and well-being”. The researchers also noted that, based on their results, “the average effects of time spent playing video games on players’ well-being are probably very small.”

The Role of Motivational Experiences

In addition to looking at time spent playing games and the effects on well-being, the researchers in the Oxford University study also looked at the roles of motivational experiences during play in players’ subsequent well-being. It was discovered that motivations play a role in players’ well-being i.e., motivational quality of video game play was reliably linked to player well-being.

This research is believed to be the largest-ever survey of gamers. This, in addition to the credible source (Oxford University) and the positive conclusions about video game playing have made it newsworthy. A few of the key points underpinning the reasons for the research also increase the value of its results, e.g. a lack of real evidence of any real causal links between game playing and well-being in previous research (and yet, policy decisions have been made on the strength of it), and vastly different approaches to investigating the effects of games in the past giving a skewed view.

This research used games seven global game publishers who, along with other game publishers are likely to very pleased that there is now a highly credible piece of research showing that use of their products can’t really be linked to the well-being of their customers. This could help the image of the whole industry and could facilitate a focus on the more positive results of playing games, as well as alleviating the concerns of parents and other stakeholders. We now live in a society where (particularly young) people may spend a lot of their time at home on devices, meeting through technology rather than face-to-face, something that has been exacerbated by the pandemic.

Also, with the coming of the ‘metaverse’, this could increase the amount of time that young people could be spending concentrating elsewhere, rather than within the physical world. The research, however, shows that, other than perhaps a lack of physical exercise and real face-to-face interaction, gaming may not be affecting the well-being of participants. The researchers have acknowledged that despite their more positive findings, it’s too early to pop the champagne corks just yet as further industry data is required to determine potential risks and supportive factors to health.

Where Do People Get Their News From?

How Many People Are Homeworking Now?

Heated Seats ‘as a Service’

Google has announced that due to the need for more time to evaluate alternatives, it is delaying (by nine months) its plans to rid Chrome [...]

A new Oxford University study involving 38,935 video-game players overs six weeks has concluded that there is little to no evidence for a causal connection [...]

Following Amazon suing the admins of more than 10,000 Facebook groups over an alleged co-ordinated fake reviews campaign, we look at how to spot fake [...]